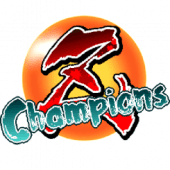 We provide Z Champions 1.5.398 APK file for PC (Windows 7,8,10).
Z Champions is a free Arcade game.
Our Site helps you to install any apps or games available on Google Play Store. You can download apps to desktop of your PC with Windows 7,8,10 OS, Mac OS, Chrome OS or even Ubuntu OS.Also you can download apk files for your phones and tablets (Samsung, Sony, HTC, LG, Blackberry, Nokia, Windows Phone and other brands such as Oppo, Xiaomi, HKphone, Skye, Huawei…).
Please be aware that We only share the original and free pure apk installer for Z Champions 1.5.398 APK without any modifications.

The average rating is 4.70 out of 5 stars on playstore.
If you want to know more about Z Champions then you may visit Sansonight support center for more information

All the apps & games here are for home or personal use only. If any apk download infringes your copyright,
please contact us. Z Champions is the property and trademark from the developer Sansonight.

Become one of the most powerful Z champions in the Dragon Tournament. Choose from 31 different fighters and compare with other champions to prove to be the strongest. Unlock new champions, moved between 13 different worlds, transformed to increase your Ki power and spin your ultimate. Run the combos to get more chance of winning. Practice with PRACTICE mode, fight with SINGLEPLAYER mode, play with minigames and complete the 7 SURVIVAL mode battles.

HOW TO PERFORM COMBOs

Each champion has its own ultimate consuming the entire Ki. There are some combos, which like the ultimate, require a certain amount of Ki and are the same for all the champions:

The game is still under development. Future updates will include new champions, new costumes and new combos. Stay tuned.

How to Play Z Champions App on PC,Windows