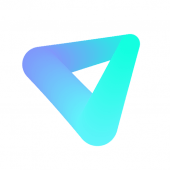 The average rating is 4.30 out of 5 stars on playstore.
If you want to know more about VeeR VR – Oculus, Daydream, Vive, Gear Available then you may visit Velocious Technologies Inc. support center for more information

All the apps & games here are for home or personal use only. If any apk download infringes your copyright,
please contact us. VeeR VR – Oculus, Daydream, Vive, Gear Available is the property and trademark from the developer Velocious Technologies Inc..

EXPLORE THE BEST ORIGINAL VR VIDEOS GLOBALLY
VeeR is built for global VR video lovers who share their inspiration through VR. We intelligently recommend top original VR videos based on your interest graph in real-time. From VR games video to VR rollercoaster, from VR skydiving to VR girls, from VR horror to VR movies. VeeR is all you need to experience the world in VR.

INTERACT WITH TOP VR VIDEO CREATORS
VeeR puts you in front of a global community of top VR creators. From talented Thai VR anime MMD maker to professional European VR journalist to first-class Hollywood VR studio. You can comment, like and share their work and interact with them face-to-face.

SWITCH BETWEEN MOBILE AND VR MODE
VeeR does not require you to own a VR headset. You can easily enjoy VR videos in 2D mobile mode by panning around the 360 degree videos in the palm of your hand, or use “magic window” with gyroscope without any VR headset. If you own a VR headset, we support Google Cardboard, and all types of Google Cardboard VR standard viewers on the market, such as VR Shinecon, VR Box, VR Case, etc.

EXPERIENCE SMOOTH ULTRA HD
VeeR’s VR player brings in the best VR video streaming technologies, featuring super low-latency and ultra-HD resolution. You can stream everything online or download in WiFi environment before viewing to save your data plan. We also provide 3D VR cinema interactive control panel that you can use to navigate videos without taking your VR headset off.

SHARE YOUR VR VIDEOS WITH THE WORLD
VeeR enables you to quickly share your VR videos with the world, through customizable portfolio portal, and a simple web link that nicely demonstrates all your work in one single place. We support all mainstream VR camera / 360 degrees camera such as Ricoh Theta S, Gear 360, Insta360, OZO, Jaunt, GoPro Odyssey, etc. We make your work easily sharable to mainstream social network, and provide VR video analytics tool to help you improve your VR video experience.

ABOUT VEER:
VeeR is a leading VR video content network dedicated to connecting VR video lovers worldwide. Different from other VR apps on the market such as Jaunt VR, VRSE (Within), Vrideo, Littlstar, NextVR, Samsung VR (Milk VR), Fulldive VR, etc. we focus on ease of UGC sharing, quality of viewing experience, and vitality of our dynamic global VR video community. We believe that VR will become the ultimate form of entertainment and our mission is to enable anyone to experience anything at anytime. Learn more about VeeR at veer dot tv.