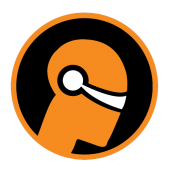 The average rating is 4.40 out of 5 stars on playstore.
If you want to know more about Fulldive VR – Virtual Reality then you may visit Fulldive Corp. support center for more information

All the apps & games here are for home or personal use only. If any apk download infringes your copyright,
please contact us. Fulldive VR – Virtual Reality is the property and trademark from the developer Fulldive Corp..

Fulldive is a platform for virtual reality that connects with your smartphone. No expensive equipment or software necessary. This allows the user to have convenient and affordable access to a new world of media. You can convert videos into a 3D experience, browse the Internet at a completely new angle, and experience your 360 or panoramic photos like never before.

Fulldive VR app works with any Virtual Reality viewer, such as Google Cardboard Virtual Reality Headset and its full feature set can be accessed using our own FullDive Wear headgear, which will be available soon. Join us, and explore the future of media with Fulldive.

NOTE:
If you are having issue with screen drifting or shifting left and right, please calibrate your device’s sensor by following the steps below: http://android.stackexchange.com/questions/59532/how-can-i-calibrate-the-tilting-sensor-on-android
Thank you.

FullDive is a virtual reality unit for the masses. Gone are the days when you need to be sitting in front of a screen to watch a movie. There’s no need to be paying thousands for a 3D TV or professional gaming gear to enjoy the movies, video games, and videos you love.

Mission of The Future

Our mission is to create 3D virtual reality glasses that connect to your smartphone, so it’s easy to use for developers and users. We want this to be available and affordable to every person who owns a smartphone.

Founders Ed and Yosen are bringing this vision from the tech capital of the world, Silicon Valley. With a humble and diverse background, the Fulldive team is passionate about making VR accessible to everyone, no matter from what country or upbringing.

Play With the Future

FullDive’s software works with smartphone technology to display a much larger screen in virtual reality glasses. The screen is split into two images and displayed for each eye to create a cinematic 3D view, all from your smartphone.

In the near future, you’ll have access to Netflix, Hulu, and Roku through FullDive Stream, so you can watch a diverse selection of movies in virtual reality. FullDive Bolt will allow you to stream straight from your computer screen.

How to Play Fulldive VR – Virtual Reality App on PC,Windows