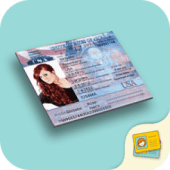 The average rating is 3.75 out of 5 stars on playstore.
If you want to know more about Fake US Passport ID Maker then you may visit White Lotus support center for more information

All the apps & games here are for home or personal use only. If any apk download infringes your copyright,
please contact us. Fake US Passport ID Maker is the property and trademark from the developer White Lotus.

Fake ID Generator or Fake ID Card Maker is a very Easy to use app. It 1st takes you through a process where you are asked to 1st select the US Passport option. Then fill in the details you want to have on your Fake UK Passport and Generate Fake ID.

This app does not collect any information you input. This app is only for entertainment purpose and therefor should not be used as true ID card.

This Fake ID Card Maker or Fake Id Card Generator is sure to impress your friends.

How to Play Fake US Passport ID Maker App on PC,Windows